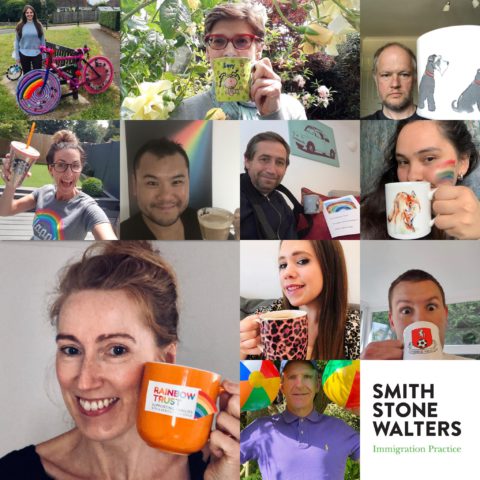 We are delighted to announce that in its second week, donations to the Rainbow Trust via the SSW Coffee Club have beaten our previous weekly total, raising a further £134 and bringing our total amount raised up to £259 so far.

Last week, staff at Smith Stone Walters joined together to launch the SSW Coffee Club, a new fundraising initiative in support of our chosen charity, the Rainbow Trust.

The first week of the club was a great success, raising a total of £125 in donations to the charity. Now in its second week, we are delighted to announce we have beaten that target, raising a further £134 and bringing our total amount raised up to £259 so far.

What is the SSW Coffee Club?

As we have been unable to hold many of the usual office fundraisers this year, we came up with a way we can support the Rainbow Trust whilst keeping Team SSW safe at home.

As we have all settled nicely into new ways of working, many of us have found ourselves with some spare change left over from not having to shell out on our daily commute, lunches and of course takeaway coffees!

So for the month of June, Smith Stone Walters staff are invited to make a pledge and donate the money they are saving each week by swapping Nero for Nescafe, to the Rainbow Trust.

Whatever staff can afford to give, Smith Stone Walters will be matching each donation.

About the Rainbow Trust

Smith Stone Walters is proud to support the Rainbow Trust, a children’s charity that provides vital support for families with seriously ill children. Despite lockdown, the Rainbow Trust has continued working hard in the community delivering its essential support services.

Unfortunately, due to the current lockdown restrictions, many charities like the Rainbow Trust have been impacted by the lack of fundraising events and activities that would normally generate much needed income to help fund their services.

Our fundraising efforts have always been directed from within, by our staff. That’s why, whilst we all continue to work from home, the SSW Coffee Club has enabled us to join forces remotely to raise much needed funds for a cause we all believe strongly in.

This week has raised the bar on donations, so here’s hoping next week we can beat this target again!